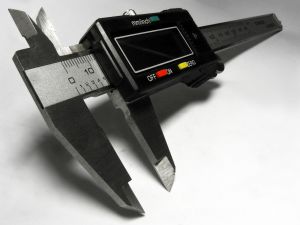 The AdSAM® methodology is based on a three-dimensional Theory of Emotion and is rooted in a wealth of academic, psychological and marketing research.

The three-dimensional Theory of Emotion first emerged in the late 1950s and has been validated over decades in diverse experimental settings. Most recently, the Theory was further validated in an fMRI study conducted at the University of Florida and published in the  Journal of Human Brain Mapping, and in the Journal of Advertising Research. The study showed that emotional responses occur multi-dimensionally within the brain, and that the emotional responses can be accurately measured using the nonverbal three-dimensional AdSAM measure.

While the Theory of Emotion was originally developed using a verbal scale, researchers in the 1980s determined that the verbal scales had too many limitations. Thus, graphic characters—SAM (Self-Assessment Manikin) and later AdSAM® (Attitude Self-Assessment Manikin)—were developed to nonverbally depict each dimension of emotion. The AdSAM® dimensions were originally described as Pleasure, Arousal and Dominance in accordance with the most widely used descriptors based on the Theory of Emotion; however, within the AdSAM model, the descriptors were later changed to Appeal (Pleasure), Engagement (Arousal) and Empowerment (Dominance) for use in marketing research.

The Appeal (A) dimension is visually depicted by a character that ranges from smiling AdSAM to a frowning AdSAM.©

The Engagement (E) dimension is visually depicted by a character that ranges from an excited
AdSAM with eyes wide open to a sleepy AdSAM with eyes closed.©

The Empowerment (E) scale is visually depicted by a character that ranges from a small, submissive AdSAM to a large powerful, in control AdSAM.©

The actual AdSAM measure consists of the three rows of figures and enables respondents to also select in between two figures, depending on how they feel; thus, there are nine possible response options per row. Respondents quickly indicate how they feel by selecting one place on each of the three rows, either directly below a figure or in between two figures. The combination of the three selections is what defines the emotional response.

This nonverbal approach to measuring emotion captures the complexity of emotional responses in a simple, easy to use measure. The AdSAM® measure is:

For a thorough understanding the measure’s foundation, explore the following: